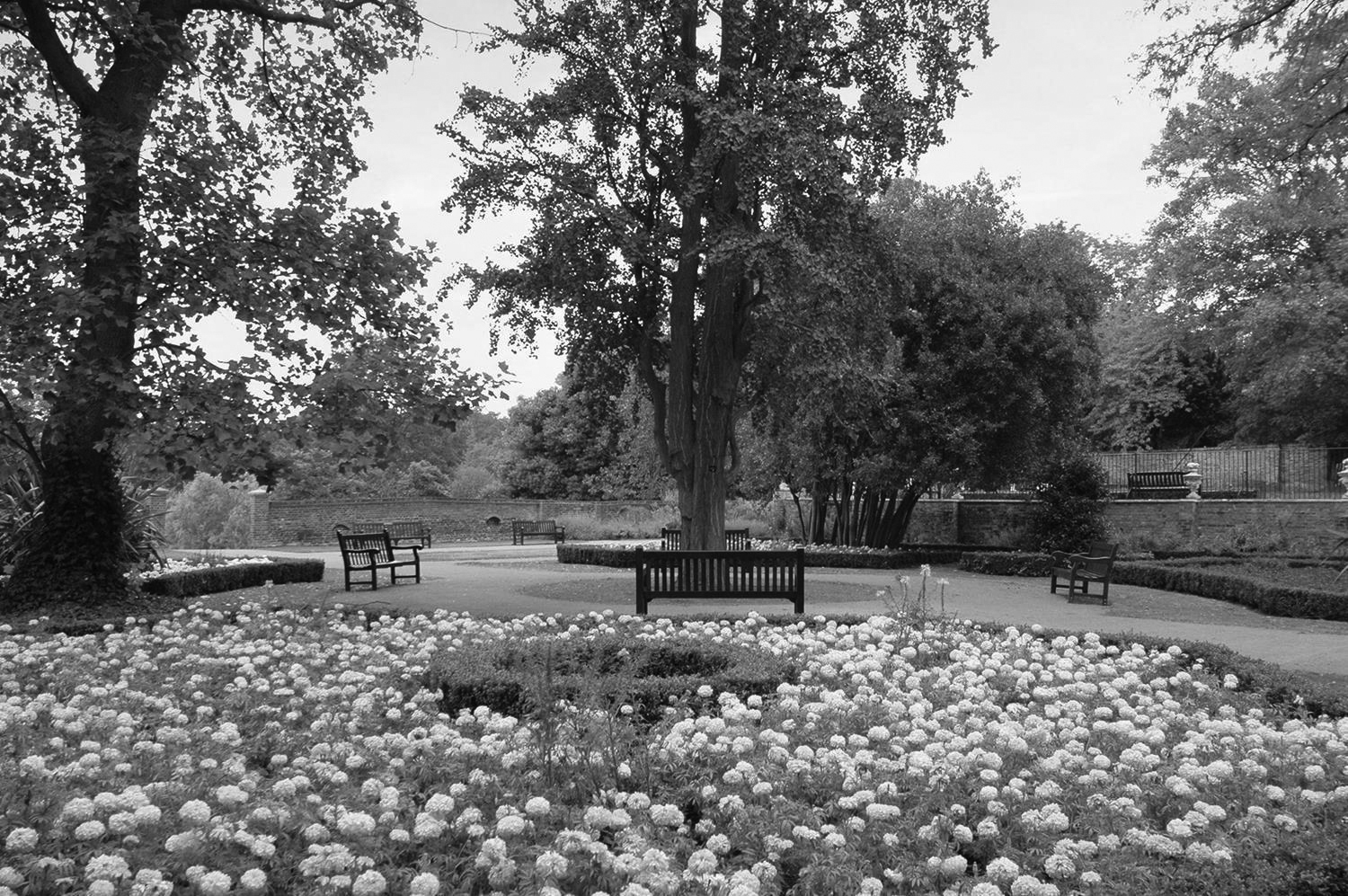 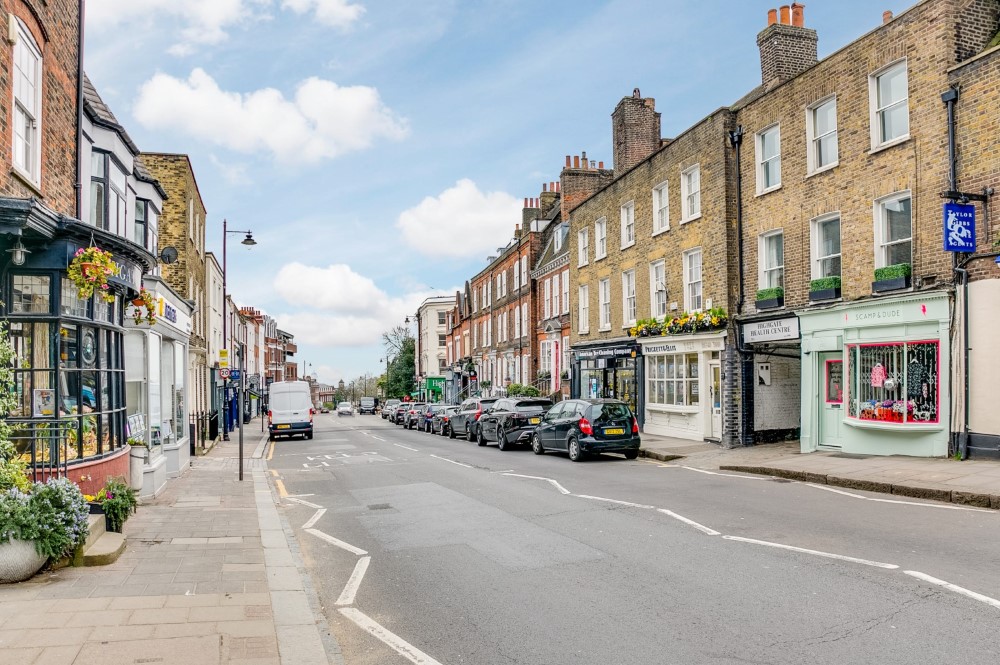 The charming and renowned village atmosphere offered by Highgate is attractive to professionals, families and international buyers who are attracted by proximity to Central London and the West End. Highgate’s desirability ensures that prices remain robust, offering all the ideals of village life, with good transport links and amenities such as great schools, attractive green spaces, woodland and a selection of gastropubs. There are also well-loved independent retailers and boutiques within this deep-set community made up from some residents that have been local to the area their whole lives.

There is no shortage of culture to be charmed by within the area, such as the historical Highgate Literary and Scientific Institution which has been established since 1839 and runs lecture series in a variety of subjects every week.  There is a small award-winning fringe theatre tucked away above the Gatehouse Pub which has its own in-house company and annual programme of shows. For art-lovers, local galleries include Highgate Contemporary Art and the North and South Ideas Gallery, which are both conveniently located on the High Street. On Archway Road, Jacksons Lane Theatre is a creative hub in the area and is home to an array of circus and theatre based performances, including a children’s programme with events throughout the year.

The local high street, boasts an array of independent, boutique retailers for all your day to day needs including the excellent family run Highgate Butchers, where you are always guaranteed a warm welcome, Highgate Florist  Bailey & Saunders Pharmacy, Highgate Bookshop, Highgate Vet, (‘Hair of the Dog’ is the popular local pet shop and doggie salon for fancy canine accessories and pampering), Brooksby and Highgate Pantry who are all staples in the local community and award-winning greengrocer and florist ‘Greens of Highgate’

The annual ‘Fair in the Square’ is a community and voluntary run event in the summer months and is popular for its live sheep show alongside fantastic local stalls, fairground rides and music performances that draws over 10,000 local residents and visitors to the area.

From family-friendly Italians that serve all day brunch to sushi, Highgate has a great selection of restaurants, cafes and pubs. Lemonie, an excellent independent deli that provides a huge choice of fresh, homemade food daily, or alternatively, recently opened Gails which is quickly becoming a local favourite. The much loved ‘Fabrizio's’ famous for their ‘metre long’ pizzas and VIP following is a cozy, family-run trattoria serving your favourite Italian dishes situated in the heart of Highgate Hill.

To reflect the ‘village-like’ ideals of Highgate, there are also a selection of atmospheric, olde world pubs such as ‘The Dukes Head’, ‘The Gatehouse’, ‘Spaniards Inn’ (rumoured watering hole of Dickens, Keats and Coleridge) and ‘The Bull’, dog friendly ‘Red Lion and Sun’ and ‘The Flask’ which are beacons of local history (original structures within ‘The Flask’ date back to before the 18th century!) Situated on North Road, ‘The Wrestlers’ is perfect for a drink in the sun with its well-positioned garden and also offers cosy open fires in the winter.

The Boogaloo is a must-visit and has been well known for a long time in the area as a music and drinking destination that even has its own radio station! This venue even has spaces for private hire and is home to fantastic live local music, a small bar menu offering tasty kitchen snacks and a programme hosting a variety of genres and comedy nights.

Parks and Green Spaces in and around Highgate

Spoilt for choice with local green spaces such as Waterlow Park, donated by Sidney Waterlow as a ‘garden for the gardenless’ and Highgate Wood which has its own play area and coffee shop, there is no shortage of fantastic views of London, ponds, natural springs and woodland at your doorstep. Waterlow Park is steeped in local history across 20 acres of grassland and some of the best views in London, this attracts dog walkers all year round and is the setting for a number of festivals and fetes. The park is also home to Lauderdale House, home of Nell Gwynn which was also visited by Samuel Pepys and has a recently refurbished Terraced Garden and is a hub for local events, exhibitions and weddings, this is also a great spot for afternoon tea!

Highgate tube station is situated in Zone 3 on the High Barnet branch of the Northern Line and is less than 15 minutes walk from Highgate Hill. By Bus, the 271 from Moorgate currently terminates in the Village and the 210 passes through Highgate between Finsbury Park and Brent Cross while the 603 travels up past East Finchley to Muswell Hill on weekdays, mostly serving the school crowd.

Schools and Education in Highgate

Primary Schools and Education in Highgate

Independent and Secondary Education in Highgate

Highgate is home to an array of properties, from grand Georgian townhouses to world-famous modernist buildings, including what’s rumoured to be the second largest family home after Buckingham Palace, valued at over £300 million, with many of these stunning homes set behind sweeping driveways which lead to charming character period homes. Some of the original village properties date back as early as the late 17th century, forming the foundation of the character of the area.  Home to a number of celebrities, The Grove is one of the oldest roads in the area, offering grand homes, many of which are listed, providing spectacular accommodation and boast west-facing landscaped gardens. Leading off The Grove is the gated Fitzroy Park, a peaceful spot leading down to Highgate ponds and Hampstead Heath. Here you will find a diverse selection of properties ranging from £5-£20 million.  Goldschmidt and Howland are pleased to have sold a property recently with an excess of 12 acres of beautiful green space (details here).

And now for a bit of History on Highgate

Until late Victorian times, Highgate was a distinct village outside London, with a collection of largely Georgian shops, pubs and residential streets. Named due to the connection in land to the Bishop of London’s hunting estate as there was a high ‘deer-proof’ hedge surrounding the estate. Records of Highgate Hill can be dated as far back as 1565, with the village history stretching even further back to the 15th century.

Home to ‘The Flask Pub’ the 18th century destination is rumoured to be one of the most haunted locations in London, and the wine cellar was rumoured hiding place of Dick Turpin when he was on the run from the authorities!

Highgate is often known for ‘Highgate Cemetery’ open since 1839, this intriguing and beautiful site is the final resting place of Karl Marx is rich in history and attracts international visitors. The side was first commissioned for burial use in 1836 to meet the high death rates at the time and the 17 acres of land was then brought by the London Cemetery Company following their creation after an act of parliament for £3,500. 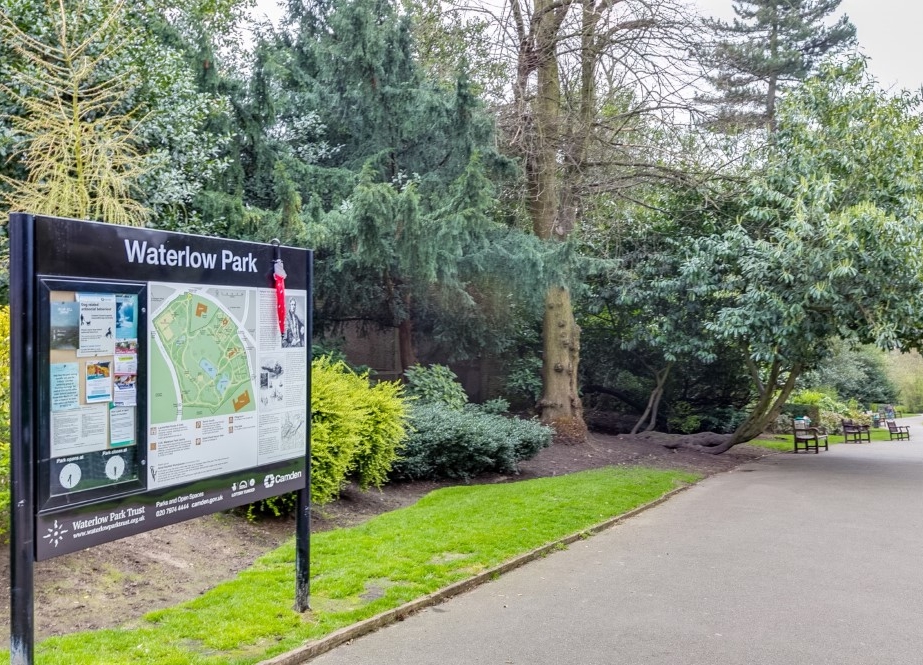 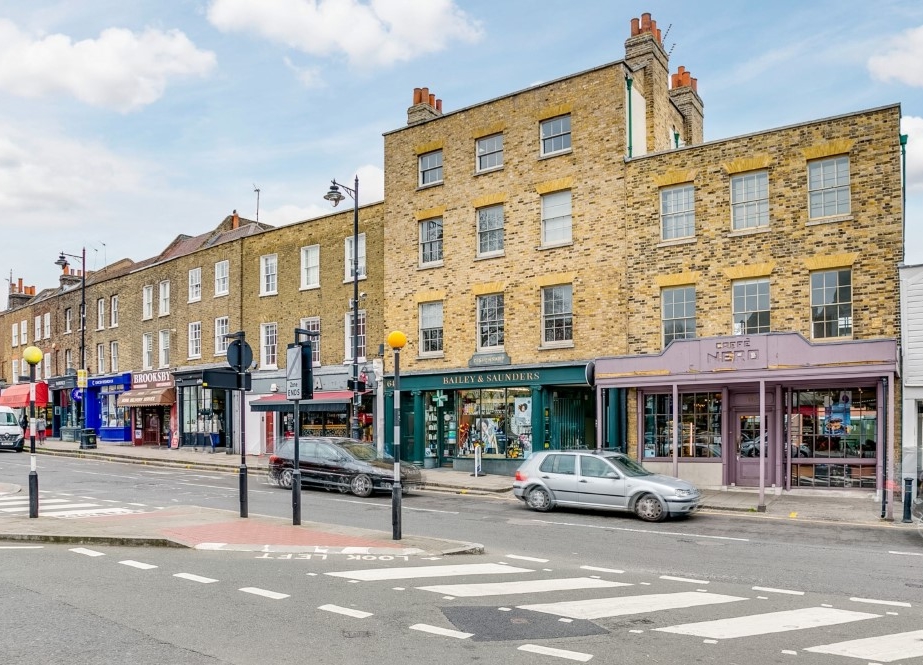 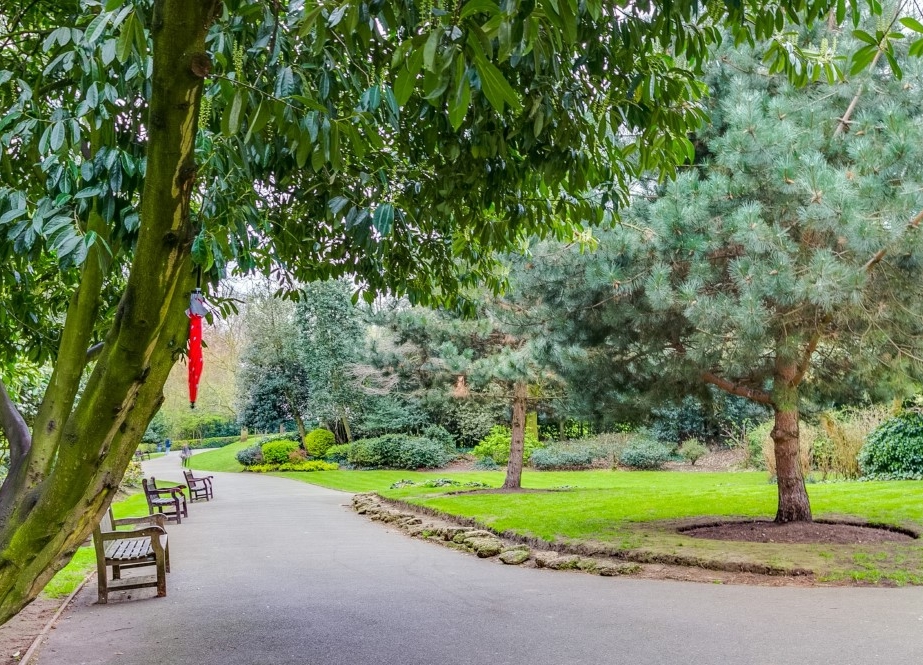 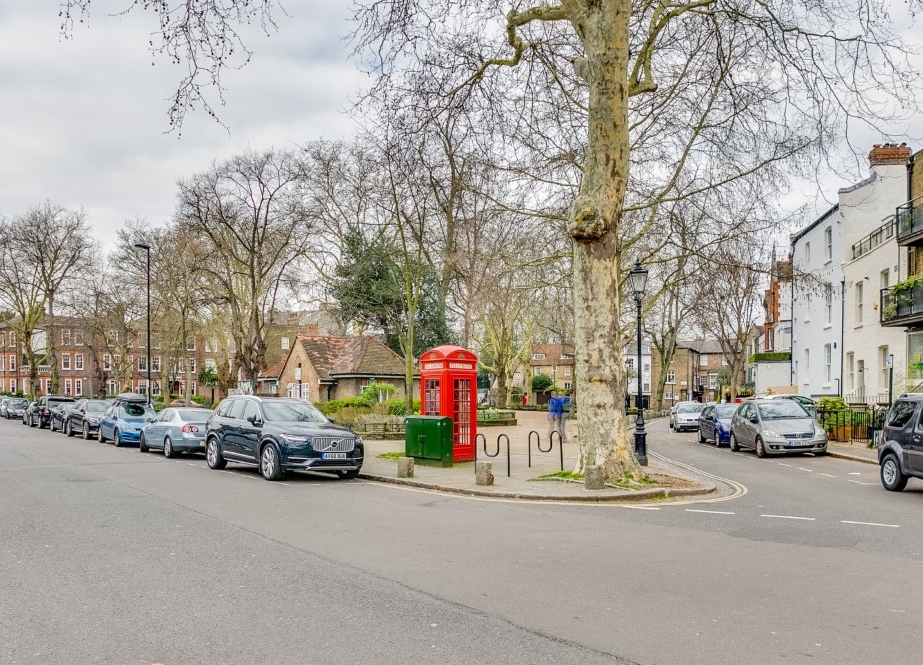 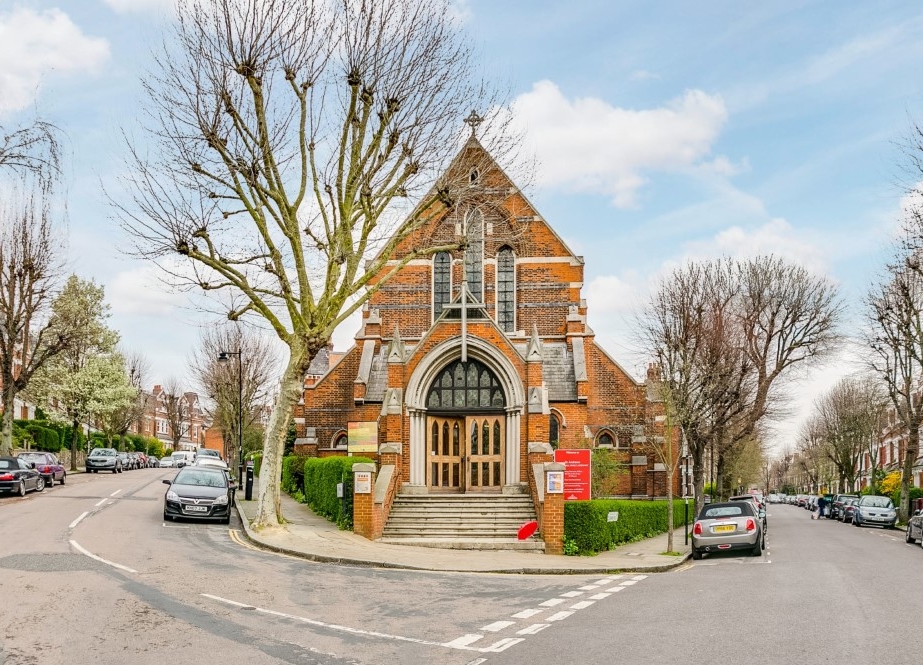 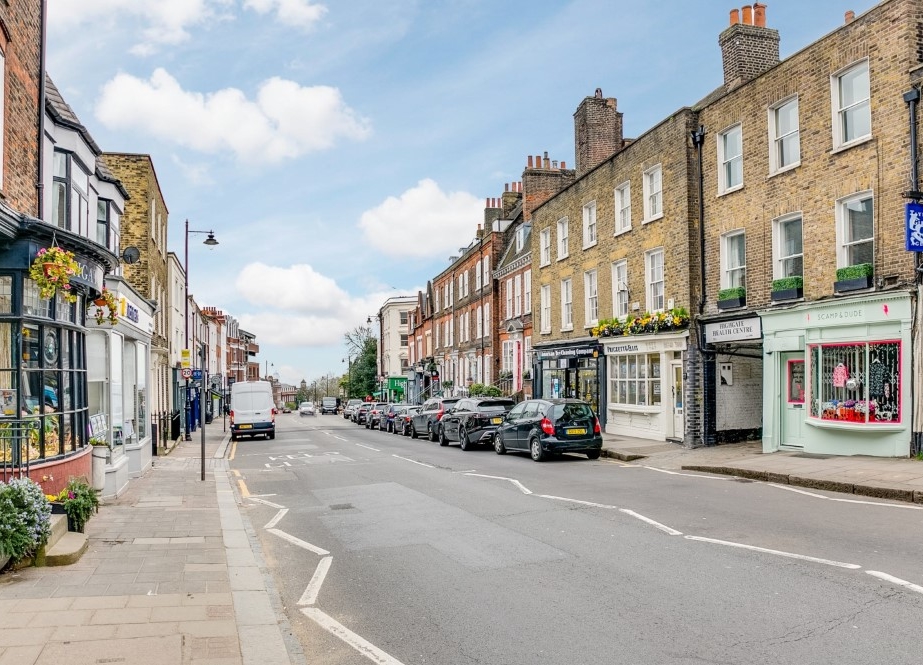