A Georgian fronted family home located in the heart of historic Hampstead.

The house is one of a pair of mid-late 18th Century Grade II listed houses over four floors with an early 19th Century addition into the space between Number 2 & 3 Holly Mount.

The house retains much period detail with original fireplaces, covered well, stucco cornice work, panelled doors, gauged arches and recessed sash windows. There is a beautiful 72 ft rear garden extending over two vaulted garages on Holly Hill. There are outstanding views to the south and west of the city from the upper floors, and access onto the roof from a loft room.

Holly Mount is located at the upper end of Holly Hill, noted within historical journals as far back as 1643, with the wonderful Holly Bush Tavern, a Grade II listed public house originally the stables for Romney's House in the 1790s.
This location is part of Hampstead's carefully preserved Georgian Village with narrow cobblestone streets, picturesque cottages and romantic views.
Just moments from the centre of the village, this location is ideal to explore the full range of high end boutiques, cafes, restaurants and pubs as well as wild terrain of Hampstead Heath where there are miles of walking paths alongside Kenwood House. Transport connections to the City & West End are available at Hampstead Station (0.2m). 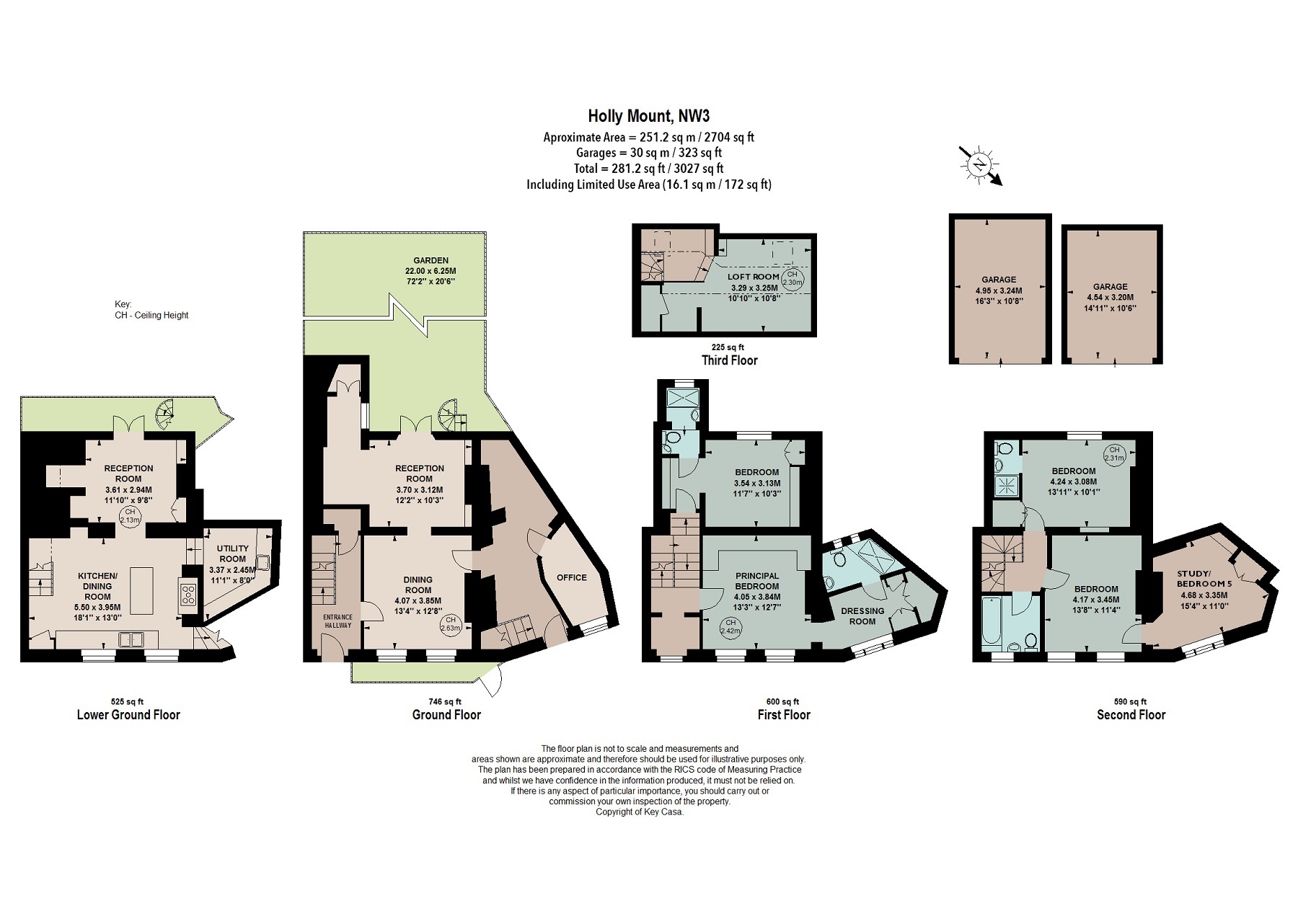 There is no EPC available for this property